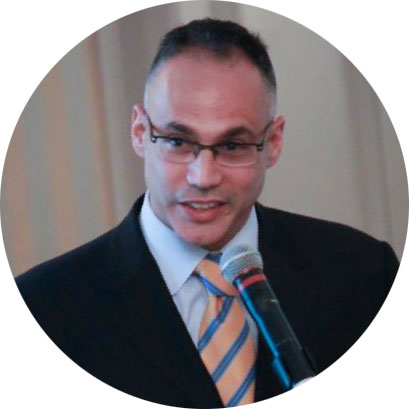 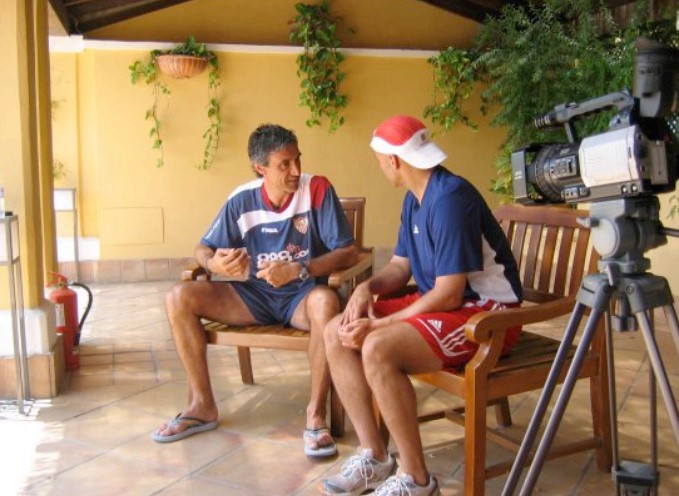 The Host & The Coach – Antonio Soave

The show features soccer tips and soccer trivia presented by an eclectic group of multi-cultural, multi-ethnic hosts. The key host is Antonio Soave, a former high school All-American player who has played in Europe and Latin America. Antonio’s soccer bio is as follows:

All American: High School All American at Notre Dame H.S. in Michigan; 1st Team All American as selected by both Parade Magazine and Adidas Scholastic Coach Magazine.

Italian Serie A – Lazio (First Division): Trained with and was managed by Lazio in the Italian first division; traded to U.S. Vigor Senigallia mid-way through the season.14

Italian Serie C2 – Senigallia (Third Division): Member of U.S. Vigor Senigallia in the Italian third division; suffered severe knee injury after one month and incapacitated for much of the season.

Antonio Soave, an author, writer, producer and television host, teamed up with the WALT DISNEY WORLD® Resort in 1998 to create the World Youth Soccer Academy™ at Disney’s Wide World of Sports® Complex. This was a four-year operation that led to the creation of a children’s television program, a line of sports gear for kids and an Internet portal for international understanding. He is the author of various articles, journals, screenplays and novellas. His works include: The Journal of International Law and Practice (4 volumes), My Beloved Croatia (political biography), The Consequence (novella and screenplay), The Fifth Mountain (feature film script based on a book by Paulo Coelho, author of The Alchemist), Ice Time (feature film17 script), and Blessed are the Children (television special). He also served as Co-Producer of a moving and inspirational documentary on PBS (October 2003) entitled Fate Did Not Let Me Go (narrated by Martin Sheen and Liv Ullman). Antonio is the creator and on-camera host of the following television programs: Espresso Talk, Spiritual Trekking, and Unsung Heroes. He has appeared on camera in a number of television commercials and has performed various voice-over parts over the past several years. Antonio has a B.A. in International Studies from The American University in Washington, D.C, a Juris Doctor from the Detroit College of Law at Michigan State University, and a LLM in International Law from the University of San Diego.

Antonio at the LA Galaxy Stadium in Los Angeles 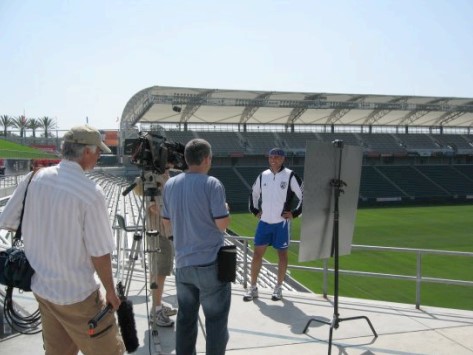 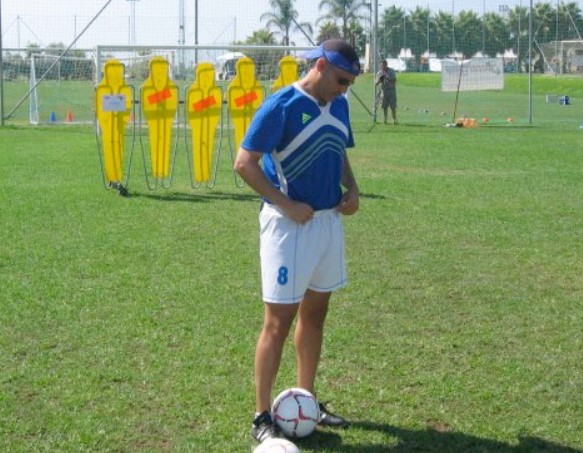